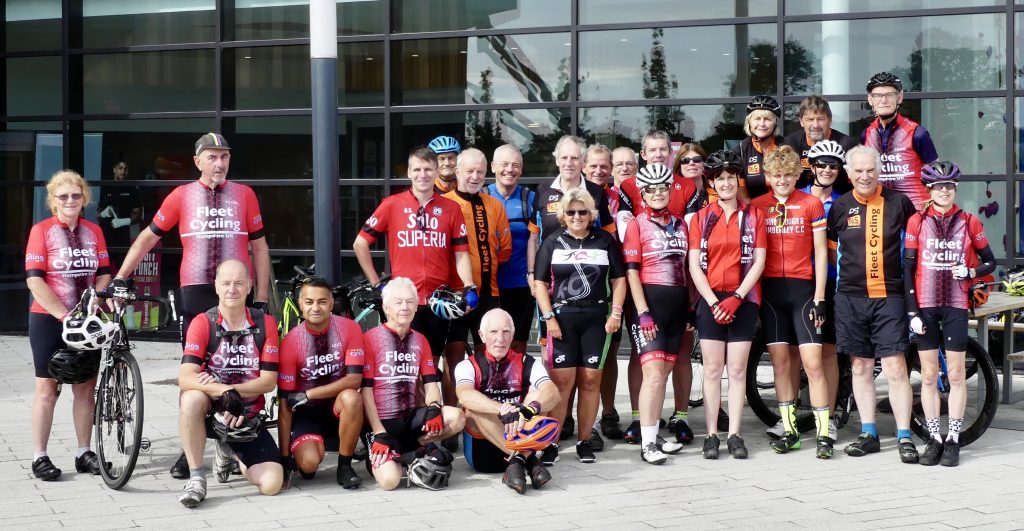 Largest ever gathering of Fleet Cycling and others

25 riders gathered at Hart Leisure Centre, Fleet for the ride out to Easthampstead for Graham's funeral service. We were joined by members of Farnborough & Camberley CC and YES! Cycling - Graham had friends in a number of local groups. The ride out was flat and expertly led by Clive E. Due to the numbers we split into three groups to allow cars to pass us on the narrower roads. We also picked up some more riders on route!

We returned via Yateley and the club split into two groups for the cafe and pub after which we cycled back to Hart Leisure Centre.

View all posts by: Saty M